REGULATIONS of the World Cup 2015 in draughts-64 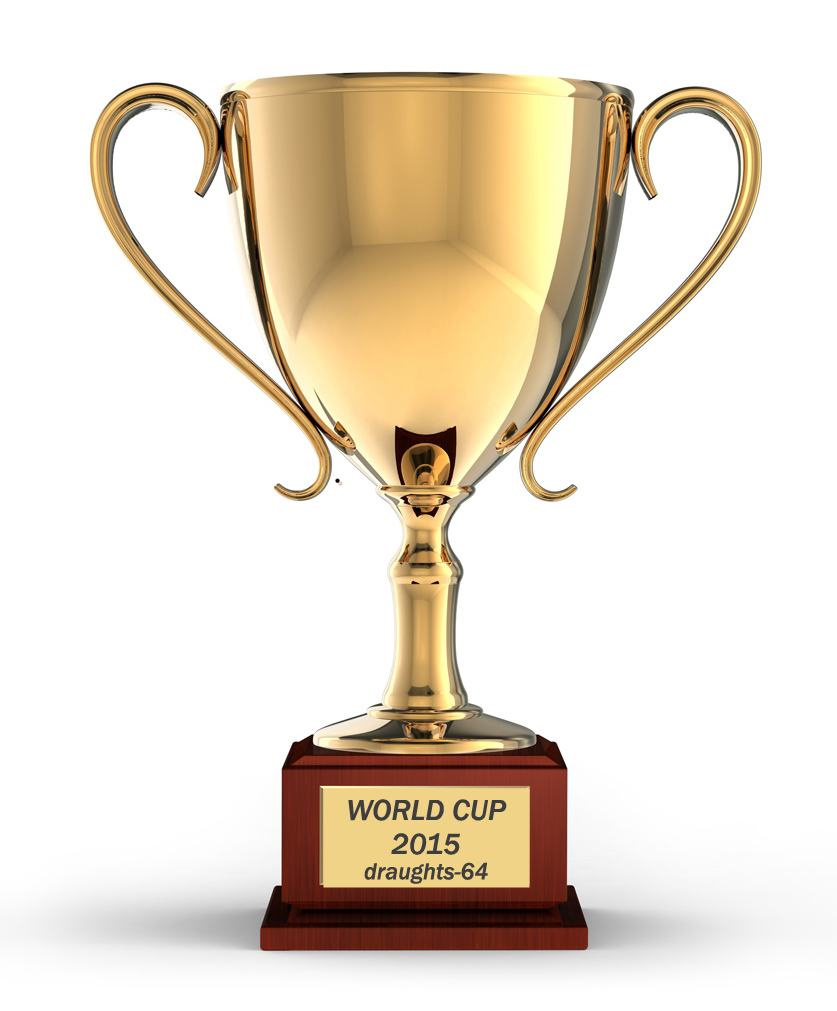 Competitions are held for the purpose of draughts-64 in the world.

The objectives of the World Cup are:
— Improving Sports Mastery
— Performance of norms of international titles
— Identification of best players
— The selection to the official competitions in 2016
— Strengthening the friendly relations between the draughts players from different countries.

Direct holding of competitions shall Main judiciary board approved by the Board of International Draughts Federation.

3. Place and date of

The World Cup is held in seven stages:

All sportsmen’s, regardless of gender, age and rating can participate in the competition.

Competitions are personal.
Competitions are held in accordance with the Official Rules of the game and competitions in draughts-64.
The system of holding and time control at every stage is set of the panel of referees.
Norms of international titles are set in competitions.

Place in the competition at each stage are determined by the highest total of points scored by the participants. For the victory is given — 2 points for a draw — one for loss — 0.

At the final stage (in the final of World Cup) coefficient of 1.5 for of Scoring is introduced.

In the overall World Cup standings are taken into account four of the best results shown in stages and half of the result (points) shown in the fifth stage.

In case of a tie among two or more participants, place of participants in the overall standings of World Cup are determined by the highest place in the classical program of one from the stages in which they participated.

In case of equality — by the highest place in another stage, etc.

The winner in the overall standing of World Cup 2015, winners of World Cup among women and juniors can be recognized players, who participated in the classical program at least of 3 stages.

Participants are required to be present at opening and closing ceremony with a dress code (suit and light shirt for men, dress or pantsuit for women). In case of violation of this paragraph they are deprive of official awards.

Costs at each stage:
— for the competition; production of attributes, information and advertising materials; the award (prize money, trophies, medals, diplomas); payment of  work of panel of referees and staff; travel costs; computer software — at the expenses of the immediate conducting organizations;

— Admission (accommodation, meals, travel expenses) not less than 6 foreign participants or invited participants with high ratings — at the expenses of the immediate conducting organizations;

— The costs of all other participants (accommodation, meals, travel expenses, visas, etc.) — at the expenses of the sending organizations or the
participants themselves;

— The costs of the awards in the Overall World Cup (Cup, medals, diplomas, prize money) — at the expenses of International Draughts Federation.