Posted on Thursday July 31st, 2014 by Vladimir Langin
Comments off

International Draughts Federation IDF – FMJD Section-64 in accordance with the Calendar of the competitions in 2014 holds in St. Petersburg (Russia) from July 19, (arrival day) till July 27, 2014 (departure day),  3rd Stage of World Cup 2014 in draughts-64 – International competition “White Nights-2014”. Competition was held in the famous Chigorin club in the historic center of St. Petersburg. Andrey Gnelitskiy from Kazan won. See final results and interview of Winner.

Standing in World Cup 2014 after 3 stages 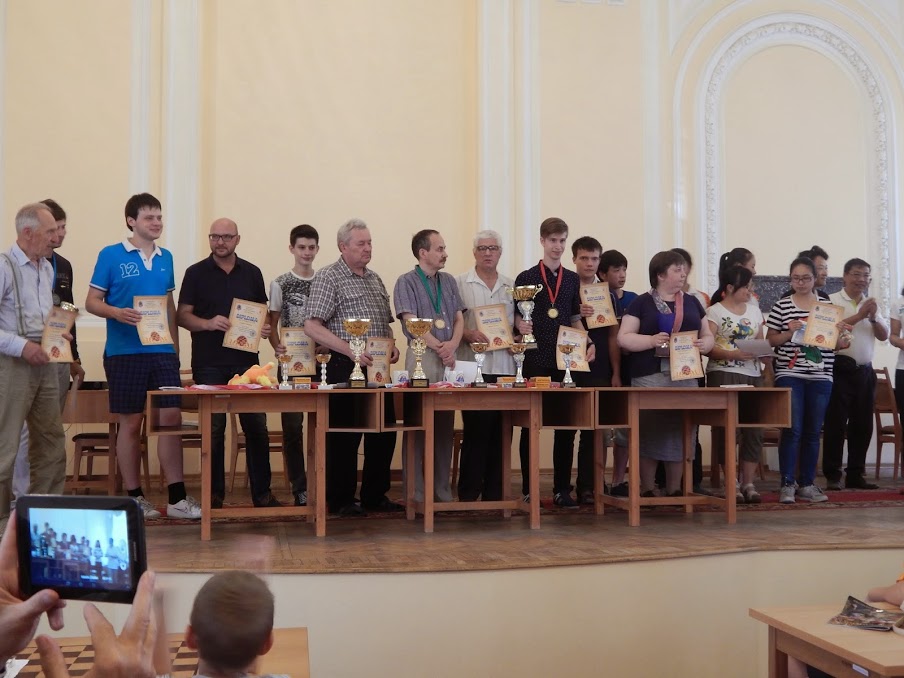 Competition ended. Andrei Gnelitskiy won in 3rd stage of World Cup. Sergei Belosheyev unexpectedly lost in the final round Vladimir Plaudin. He took second place only. Mikhail Fedorov from Nizhny Novgorod took 3rd place. Natalia Fedorova is the best among women. Semen Naduev is the best among youth 1998 year born and younger and Dmitry Lond is the best among veterans. 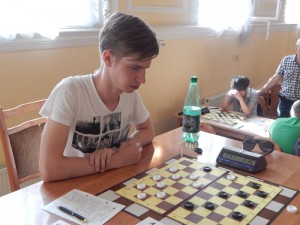 Two rounds in all tournaments was held today. Andrei Gnelitskiy won in 7th round grandmaster from St. Petersburg Yuri Andreev. He leading after 8 rounds with a score of 14 points. Sergey Belosheev occupies the second row in the table with a score of 13 points. Mikhail Fedorov took 3rd place before the last round with a score of 12 points.

Two rounds in the 3rd Stage of World Cup was held today. Sergei Belosheyev and Andrei Gnelitskiy lead after 6 rounds with a score of 10 points. 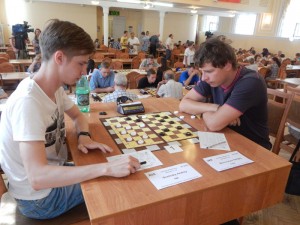 Tournament leaders Sergei Belosheev and Andrei Gnelitsky played a draw. Mikhail Fedorov and Dmitry Abarinov won their games and caught up with the leaders. These four players lead after the fourth round with a score of 7 points.

After lunch the participants went on a bus tour of the city for sightseeing.

Two rounds were held today. GMI Sergei Belosheyev from Evpatoria and MF Andrei Gnelitskiy from Kazan won all the games. They lead after 3 rounds. 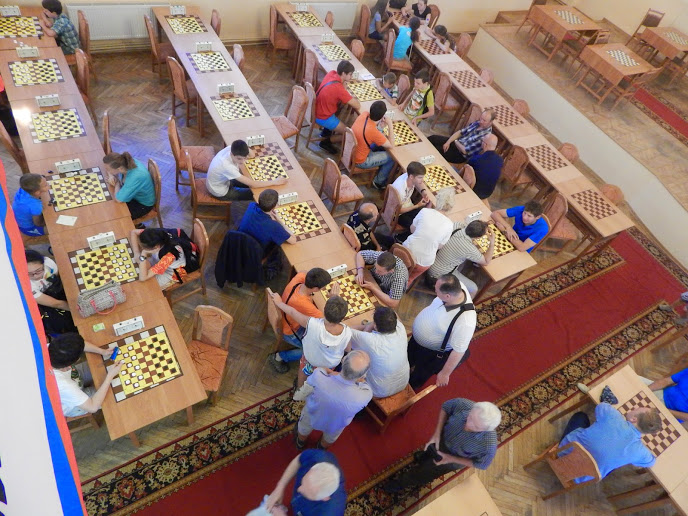 Credentials Committee will work July 19th from 15.00 till 20.00.
All participants must have medical insurance for the period of competition.

Two tournaments are held:
1. 3rd Stage of World Cup.
2. Youth competitions for boys and girls 1998 year born and younger (with the offset of the age groups).

Team standing is determined in the youth competitions. The composition of teams is 3 boys and 1 girl.

The participation in the 3rd Stage of World Cup is allowed for all participants regardless of gender, age and rating; in junior competitions for players born no later than 1998, who registered in accordance with this regulation time and paid the tournament fee. The number of participants representing the country is not limited.

Competitions are held on the rules of the IDF – Section-64 FMJD.
System of competition is Swiss or round robin, depending on the number of participants.
Competitions are held in Russian draughts by the system of micro-matches consist of two games:
– Stage of World Cup is held with the drawing  according to the official table of the Section-64.
– Youth competitions are played in classic draughts without draw of the moves.
Time control:  45 minutes till the end of the game plus 10 seconds on each move, break between games is 5 minutes.

Each participant of the competitions should pay organizational tournament fee at the day of arrival:
In Stage of World Cup – 1500 rub (30 euro);
In youth competitions – 600 rub (12 euro).

Determination of the winners

Places of competitors are determined by most amounts of points. For team standing – on the largest amount of points scored by all team members.

In case of equal points of two or more participants the additional criteria established by the panel of judges according to the system of the competition.

Applications for participation in competition must be submitted to the office of IDF – FMJD Section-64 on e-mail: [email protected] not later than July 1st, 2014.

Time schedule is approximate; dates and time of registration, opening and closing ceremony of the tournament are final.