Posted on Wednesday October 31st, 2012 by Vladimir Langin
Comments off 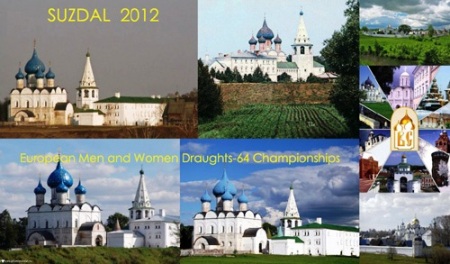 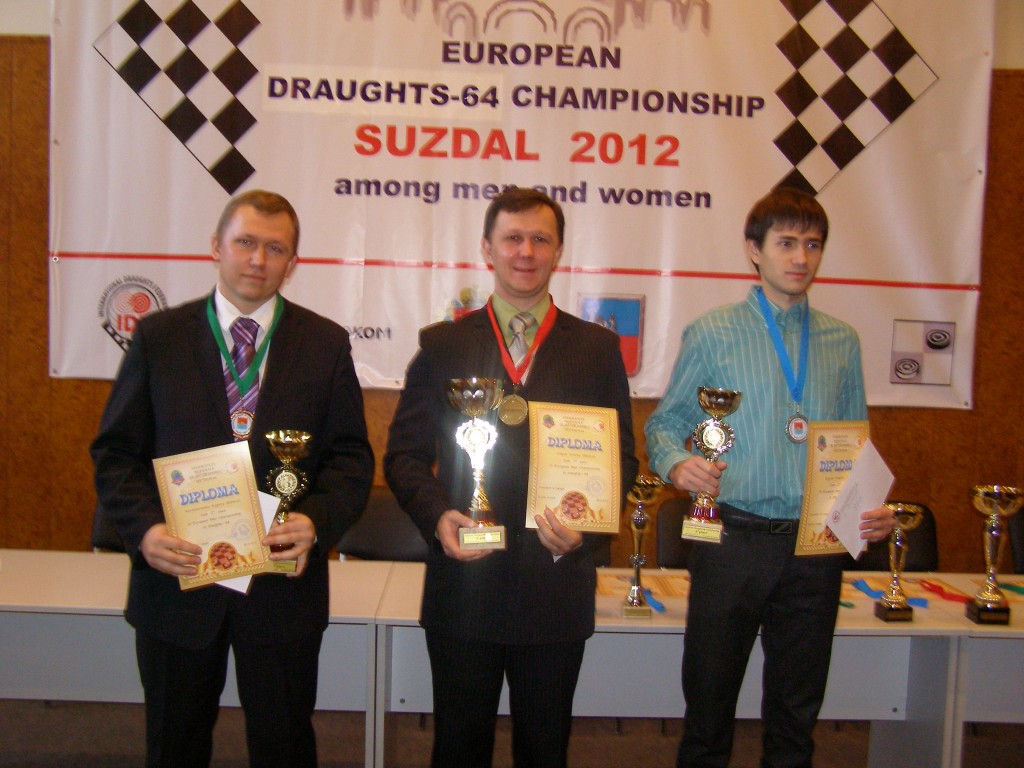 2 rounds for men and one round for women were today.
8 players lead with a score of 7 points among men. Makarenkova Julia continues to lead among women. 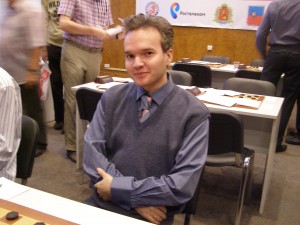 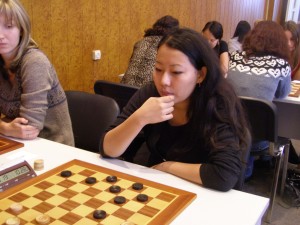 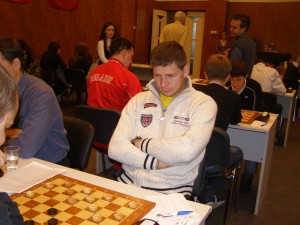 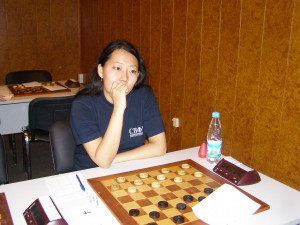 We remind you that the Section-64 invites applications from national federations and not from individuals.

According to the regulations of Section-64 benefit (provision of accommodation and meals for one man and a woman from the country) get participants from countries which legalize their membership into the Section-64.

Other participants can take part in the Championship at his own expense or at the expense of sponsors.

The FMJD Section64 in accordance with the calendar of the Section 64 competitions in 2012 from October 21 (arrival day) till October 30, 2012 holds in Suzdal (Vladimir region,Russia) European Championship in draughts-64 among men and women. See info and list of participants.

Participants, who did not pass the credentials committee to 22.00, participate in additional draw October 22 to 13.30. These participants pay an additional fee of 20 Euro.

Competitions are held separately for men and women in the Russian version of draughts-64.

The system of competition is Swiss.

Competitions are held by the system of micro-matches consisting of two games with the draw according to the official tables of FMJD Section-64 for men and the draw of the first move of the white for women binding on both games of the micro-match.

Winners of the European Championship in 2010, the winners of the World Cup in 2011, participants claimed by national federations are allowed to take part in championship.

Participants are required to attend on closing ceremony, in case of violation of this paragraph they are deprive of official awards.
Participants must comply with the dress code – have sports uniform for competitions, or clothing appropriate to the rank of the competition, as well as clothes for official events.

The organizing committee provided by accommodation and meals at October 21 (lunch) to October 30 (breakfast) for European champions 2010 O. Dashkov and N. Fedorova, winner of World Cup 2011 D. Tsinman, one participant from each country- member of Section-64 in both men and women.

The costs of their travel, as well as the cost of meals, accommodation and travel of other participants pay by their sending organizations. All participants must be placed from the organizers.

In each of all events the top three players will receive a Gold, Silver, Bronze medals and diplomas of Section 64.

Prize fund may be increased.
All participants of the championship will receive cash prizes in the classical program. Participants who do not receive fixed prizes for places will get money for points score.

Travel options will be listed separately.

Organizers will meet October 21 participants coming to the competition and promptly confirm the time of arrival.